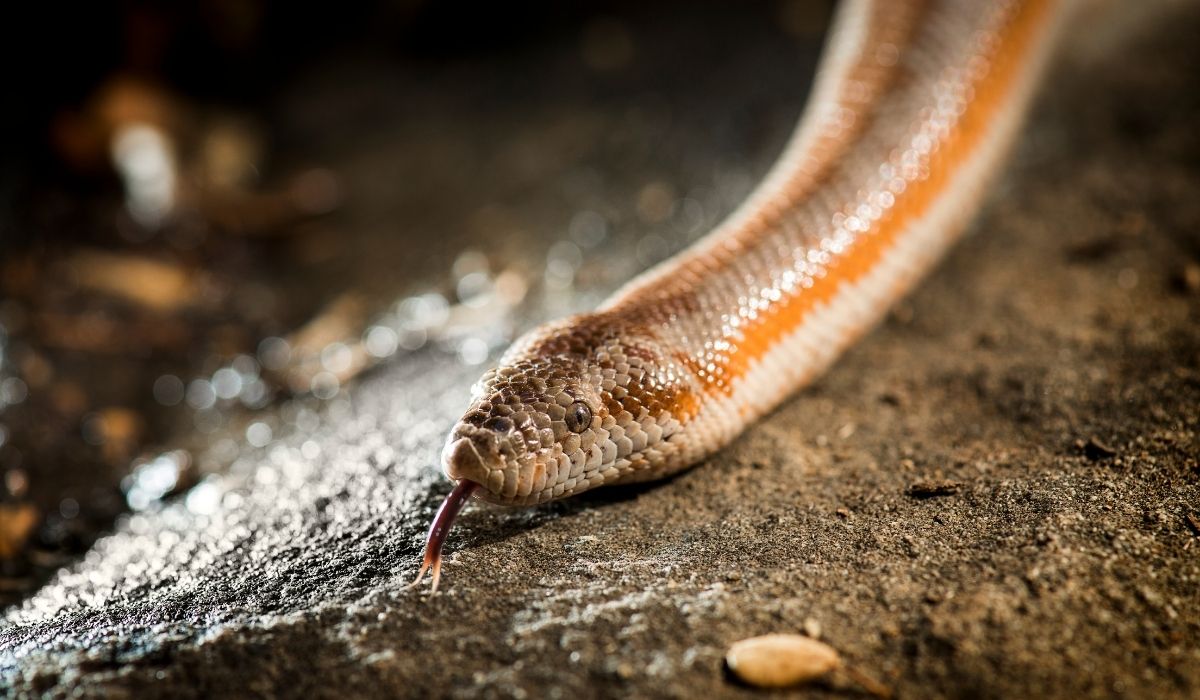 Are rosy boas good pets? The short answer is a hissing, “Yesssss!!!!” This is because they are docile snakes, which means they like to snooze. They are also non-venomous, which is an important consideration when adopting a snake as a pet, and they can live for up to thirty years in captivity. All of these are great reasons for adopting a rosy boa as a pet, but before you go making a thirty-year commitment to having a new family member lying around a lot, let’s explore all there is to know about the rosy boa so that you can make an informed decision.

How To Handle A Rosy Boa

How often can you handle a rosy boa? This question is best answered by first considering how long you’ve had it for. If you’ve just bought it, and it’s still a baby or juvenile, give it at least a few days to settle into its new environment. Adult rosy boas are far more used to humans, but the usual guidelines apply.

These Handling Guidelines Are:

Wash your hands before handling them so that they are clear of any parasites or bacteria that could lead to your rosy boa becoming sick. This is also in case you’ve just been handling meat (their prey), the smell of which can sometimes confuse them.

Approach slowly from the side or in front of them. Never grab at a rosy boa from directly above, as this action mimics a bird of prey looming overhead, and their instinct will be to frighten.

Touch the snake first, allowing it to suss you and the situation out first. Pick it up by the body, not by the head.

Avoid holding your rosy boa tightly as, again, this reminds them of being threatened with their life. Keep your arms, fingers, and your fingers with lots of open space between them, allowing your rosy boa to move freely around your limbs.

Work your way up to being able to handle your rosy boa for 15 minutes in total each week so that it gets used to human company and being handled.

Never handle a rosy boa if it appears stressed, while it is shedding, or for up to 24 hours after a meal. They need ample time to digest their food! 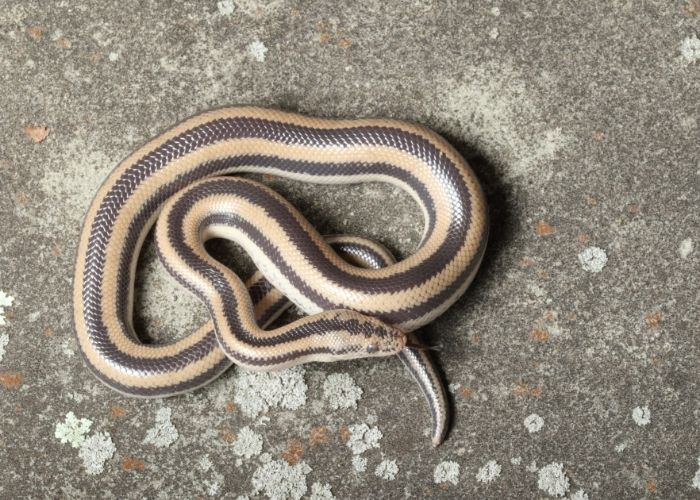 The Best Boa To Have As A Pet

‘Boinae’ is the scientific name for the subspecies of snakes we generally refer to as ‘boas.’ If you’re considering what the best boa is to have as a pet – perhaps to keep your rosy boa company – then there are over 30 different kinds of boas to choose from. Which is the best boa to have as a pet, though? Well, the answer to that question depends somewhat on your own skill level. Let’s explore your Top 5 options:

Common Boa. This is a docile snake and remains calm and gentle when hand raised early on. The females are bigger than the males and can grow up to 9 feet in length. Most are normally around 6 or 7 feet in length, which disqualifies them as being ‘beginner’ snakes on account of all the extra space they take up. They aren’t fussy eaters, though, which makes the common boa a great, big, impressive pet!

Hog Island Boa. Found originally on a few islands in Honduras, the Hog Island Boa is smaller than the common boa (fully-sized it’s only between 4 to 6 feet). The coloration is really beautiful on account of the lighter level of melanin in their skin, which creates a peaches and cream effect. All the thrills of owning a common boa, in half the size.

Sand Boa. With their dark chocolate markings and orange base coloration, the sand boa is also very pleasing to the eye as well as being a great pet snake for beginners. As their name implies, they like to bury themselves in the sand and dig about quite a lot. As a boa snake pet owner, this means caring for your boa by replacing the sand in their enclosure frequently as it can harbor bacteria. Go wild with creating your own desert-style habitat, though, with succulents and flat basking rock.

Rainbow Boa. Continuing with the coloration, rainbow boas catch the light and change color accordingly, with their scales giving off a splendid, iridescent sheen. They can live for up to 25 years and are the same size as the Hog Island Boa. Semi-arboreal, they’ll want to spend time in trees, which means that you’ll need to make them a good perch in their enclosure.

Rosy boas still come out on tops as our favorite boa for beginners. Once you’ve managed to keep your rosy boa safe (be careful, they are notorious for sneaking through even the tiniest of gaps), then you should consider other boas that are worth having as pets. Rosy boas are also nocturnal snakes, so you’ll be looking to engage with them at dusk and dawn. Their native habitat is the Southwestern United States, so if you are in this part of the world, finding a rosy boa right for you from your local pet store shouldn’t prove too much of a problem.

Whatever the boa species, they are almost all quite docile and low maintenance as pets and adjust well to life in captivity. Ideally, you want to raise your boa as a baby and learn and grow with it, as they do become calmer with age. As a colorful pet that will love wrapping around you when you call, look no further than the rosy boa as a great pet snake for beginners!

Read more about Can You Have a Garter Snake as a Pet? Find out Here!

Rosy Boas are a beautiful snake. They are also very friendly and docile snakes. The Rosy Boa is a medium-sized snake. It can grow up to about 3 feet long. They grow quickly, and as they do their girth (size around the midriff) makes them easier to hold and play with. So long as you don’t drop them, they’ll quickly get used to human company and being handled.

Are Rosy Boas Good For Beginners?

Rosy boas are known to be good snakes for beginners on account of their gentle nature. In fact, they are known to be quite shy. They are constrictors, which means that they squeeze the life out of their prey. So while they are not venomous, you wouldn’t leave a newborn baby alone to play with a fully-grown rosy boa. At full size they will grow up to four feet long, but at birth they are only 12 inches.

They grow quickly, and as they do their girth (size around the midriff) makes them easier to hold and play with. So long as you don’t drop them, they’ll quickly get used to human company and being handled.

What is the best boa to have as a pet?

Rosy boas still come out on tops as our favorite boa for beginners. Once you’ve managed to keep your rosy boa safe (be careful, they are notorious for sneaking through even the tiniest of gaps), then you should consider other boas that are worth having as pets. Rosy boas are also nocturnal snakes, so you’ll be looking to engage with them at dusk and dawn.