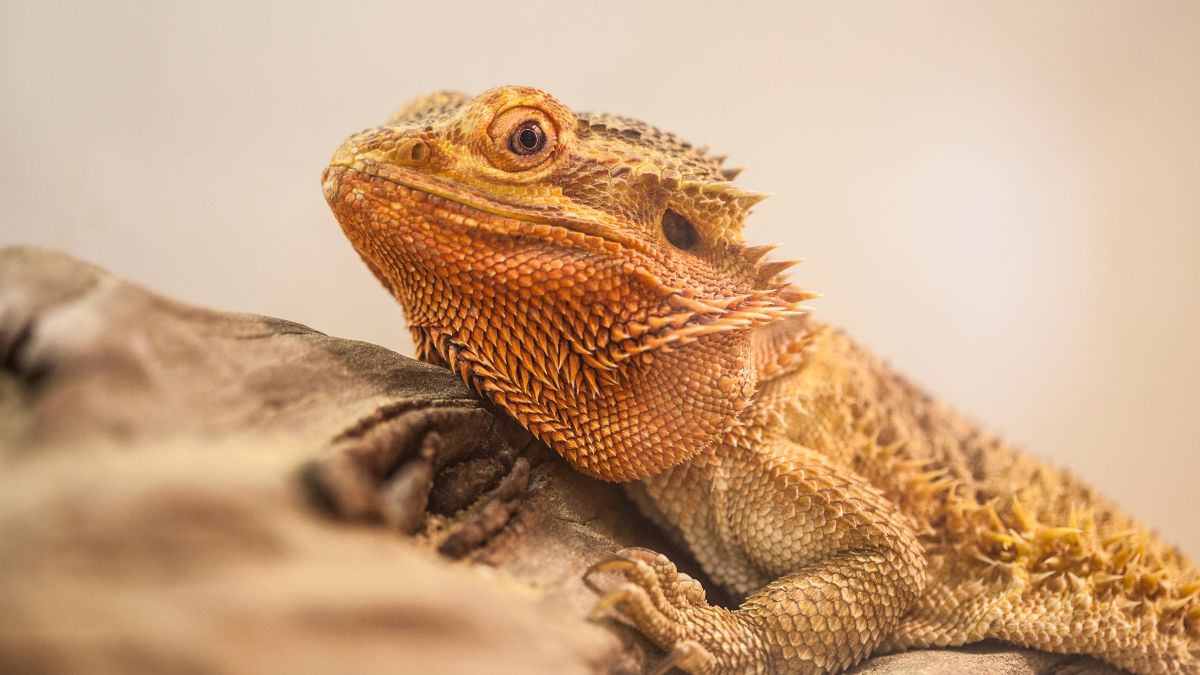 Bearded dragons vary from other pets in some ways. This reptile prefers to live alone; therefore, it doesn’t make many companions in its natural habitat. They choose to live by themselves when left on their own. This raises the question: can bearded dragons live with other reptiles?

They have a strong sense of ownership over their lands. They get hostile if another bearded dragon or any other reptile attacks them or enters their territory. To show their agitation, they puff up their beard.

Additionally, they invade one another’s territory or cross boundaries when looking for a mate. Hissing, biting, or attacking the other are some common behaviors that indicate anger.

The females fight to defend food or access it while males defend their territory and mates. Even so, keeping two mature female dragons in the same terrarium is safer than keeping two males together.

If possible, avoid keeping two male bearded dragons in the same cage. This is a bad idea since the males can attack each other out of jealousy. Bite wounds and scrapes may be severe and cause major health issues.

Bearded Dragons And Other Reptiles

You must use caution if you plan to keep other reptiles. It will be doable to select reptiles from a comparable habitat, like a desert region. The reptile you want to keep with a bearded dragon must be identical in both size and nature to the bearded dragon.

Other than another bearded dragon, you can keep turtles, shingleback lizards, or Australian-bred blue tongue skinks in the terrarium. Here are some examples of other reptiles bearded dragons can live with. 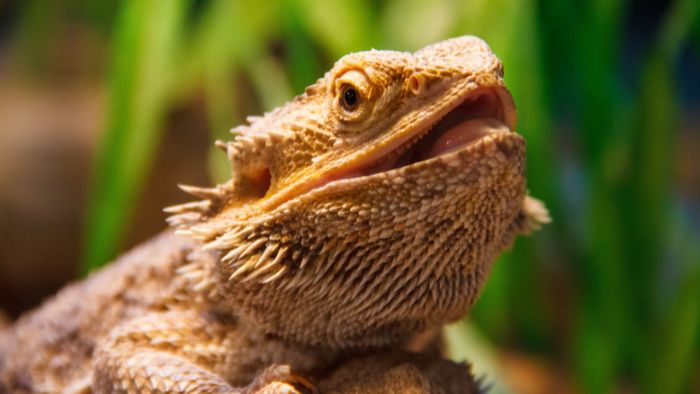 Some people successfully kept both bearded dragons and uromastyx together. Keeping these two species together can be successful if the area is very large, even though their living arrangements differ slightly and they require entirely distinct diets.

Bearded dragons and Uromastyx can get violent; thus, both should have adequate room to avoid one another.

Furthermore, coccidia, a parasite harmless to bearded dragons but fatal to leopard geckos, is a disease that bearded dragons naturally carry. Therefore, it is not advised to mix the two species.

When it comes to cohabitation, this is an unusual creature. Since it is often a quiet creature, there is little likelihood that the turtle will harm any animal around it.

This serenity results from the turtles’ assurance that they already reside inside the shell; as a result, they are less concerned about the area. The cage must be large enough for both the turtle and the bearded dragon to roam around comfortably, though.

The bearded dragon can live alongside the spurred and leopard turtles.

Now that you have an insight on “Can bearded dragons live with other reptiles”, Food Or Foe: Do Bearded Dragons Eat Scorpions? is an article you would want to read too.

Although both frilled and bearded dragons prefer to live alone, putting those two species together may be successful if the area is large enough for both species to avoid one another.

Harboring the two species together is simpler because they virtually have identical housing needs. There you go with a plot twist on the topic “Can bearded dragons live with other reptiles”.

What You Should Be Aware Of

When deciding how to house various reptiles in the same enclosure, there are a few things to bear in mind.

Try this with immature or infant reptiles to make it easy for you if you want to house a bearded dragon and another kind of reptile in one tank or large environment.

Because they are still relatively small, both species of reptiles will have a lot more room in the habitat, and there is also less chance that one of them will suffer a catastrophic injury.

Bearded dragons, as you may know, may grow to be rather large; thus, keeping just one of them demands a sizable terrarium. Most people keep just one bearded dragon in a 75-gallon or even 100-gallon tank, which is a suitable size for a bearded dragon.

Now that you wish to mix various species, you must ensure that they both have adequate room to avoid one another if they want. So, simply increasing the size here by two cannot be enough.

To create suitable habitat, you must either construct it yourself or pay a skilled individual a large sum of money. 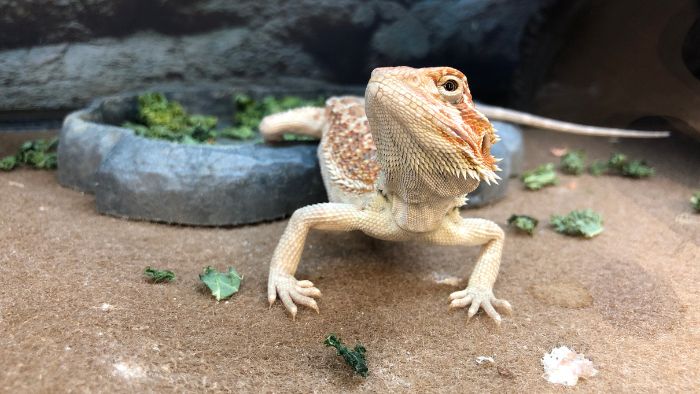 You should always make a natural habitat with lots of hides for your reptiles. You can even require additional hides if you keep two different species. If you have enough hides, you can choose between attacking and running.

If, for example, the other reptile is wary of your bearded dragon and seeks to avoid it, the only option is to attack as it lacks a hide. So have that in mind.

Always make sure there is food available throughout the sizable habitat. Put some of the food in different locations.

Place two to three feeding bowls filled with greens in your habitat and allow the live food to roam freely. In this manner, both reptiles must go on the hunt for food and are free to do so anywhere.

But constantly keep a close watch on the weight of both reptiles. One reptile may need to be hand-fed if you observe that it has lost too much weight. Bearded dragons are constantly hungry, so they may try to eat another reptile if they don’t receive enough food.

Conclusion On Can Bearded Dragons Live With Other Reptiles

As you can see, keeping a bearded dragon and a different species of reptile side by side is difficult. Sometimes it can work, but you should always be ready to separate the two reptiles.

So, can bearded dragons live with other reptiles? Most of the time, it doesn’t work; however, if you have a large enough environment, you can try it.

Can bearded dragons get along with other pets?

If you want to keep another reptile with bearded dragons, it must be one that is identical in both size and nature to the bearded dragon. However, they have been seen to be friendly with dogs and cats.

Can you house a blue tongue and bearded dragon together?

It is advisable to not put the two reptiles together as the blue tongue dragon is less social.

What tortoise can live with a bearded dragon?

Can I keep 2 skinks together?

It is advisable to keep skinks separately. You may sometimes house two females together, and often a male pair with a female. Close monitoring is however necessary.