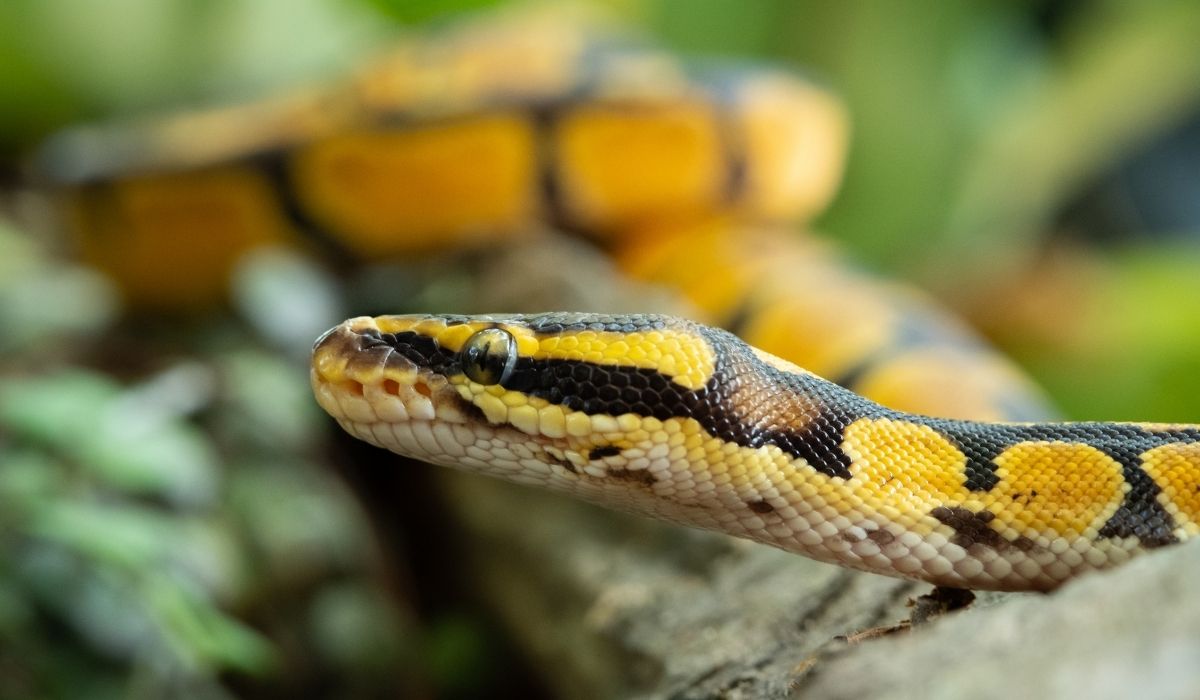 Whatever the reason, you might be asking yourself: Can you house two Ball Pythons together? If this question has you scratching your head, you’re at the right place to find an honest answer!

Ball Pythons are friendly snakes, and they’ll have no problem with you handling them. They have a playful nature and will wrap themselves around your arm or waist but allow you to quickly unwrap them when you want to. Being this friendly to humans, they’re surely even more to their own kind, are they not?

In this article, I shed some light on Ball Python relationships, whether you can house them together, and things you need to know before buying more than one of them.

Can You House Two Ball Pythons Together?

Let’s start with this burning question.

The short answer is yes. If you’ve ever been to a pet shop that sells snakes, you may have seen that the owners house two Ball Pythons in one cage.

The long answer starts with “it’s not recommended.”

Despite them being so docile, Ball Pythons are not sociable. They prefer to be alone and only come together in the wild to breed. Ball Pythons only share a nest when it’s absolutely needed.

Learn more about How Big Do Green Tree Pythons Get? (And Other Cool Facts)

The Risks Of Housing Two Ball Pythons Together

Housing two ball pythons in one cage carry risks that no snake owner should take. I’ll break these down for you:

Ball Pythons will rarely get along, even when they’re of the opposite sex. The dominant snake between the two will make the other snake submissive, and the submissive snake will suffer under this dominance.

If the dominant snake is much bigger than the submissive one, you might witness cannibalism. While it’s rare, it has happened before.

If one of your Ball Pythons catches a disease, it can quickly spread to the other when they’re caged together. Housing two snakes together also make it more challenging to check on their health (you do this by periodically looking at your snake’s poop) because you won’t know which stool belongs to which Ball Python.

Common diseases that quickly spread when you house snakes together include:

If you do decide to house your snakes together, look out for these signs that may indicate a disease:

You need to take your Ball Python to a vet when you notice any of these signs! 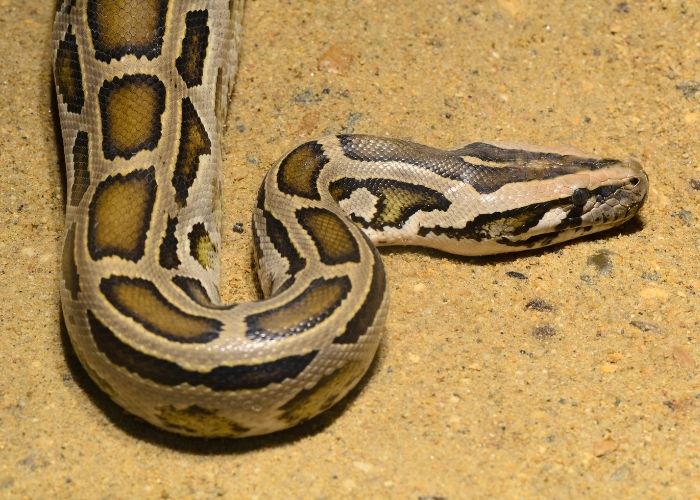 It may sound silly, but the dominant snake in your cage can start stealing food from the submissive one, even when you give them plenty to eat! When the submissive Python doesn’t get enough nutrients, it can become sick.

In rare cases, Ball Pythons have starved themselves because they were housed together with another snake.

Because Ball Pythons like to be alone, they can develop stress when another snake is in their home. Stress can affect their immune system and everyday functions.

Read more about Ball Python In Water Bowl For Days: When To Worry

How To House Two Ball Pythons Together

As I said, it’s genuinely not recommended that you house two or more Ball Pythons together, but if you absolutely must, keep this in mind:

You’ll need an enclosure with at least 24 square feet per snake. It’s true that large environments can make a Ball Python feel uneasy, but when you have two or more in one tank, they need enough space to move around without slithering into one another.

Your cage should resemble the wild. This point is essential when you only have one snake in a tank, but even more so when there are multiple.

There should be enough basking spots to avoid either snake feeling territorial over one, lots of branches for each snake to climb on, a drinking hole for each, and greenery covering every empty spot.

It’s a lot of work to feed snakes who share an enclosure. When it comes to feeding time, you’ll need to separate the two snakes and feed one of them in a different cage.

If you don’t, one or both of them can become stressed, get injured, or decide to starve themselves.

You also need to keep them separated for at least one hour after eating. After a snake has eaten, they see anything that moves as prey. If your snakes cross paths directly after a meal, one of them may get injured or eaten.

If you follow these guidelines, you might be able to house two Ball Pythons together. Still, I don’t guarantee everlasting peace between the two.

Find more information about How Big Will A Corn Snake Get? The Ultimate Guide!

Ball Pythons are a secretive breed and like spending their days alone. They become more active at night and prefer this time for hunting. Being dominant in a territory makes them the happiest, so you’ll rarely find them in groups.

Small Ball Pythons might grow up together in peace, but they’ll want their own space as soon as they mature. You should only put two Ball Pythons together when you’re sure it’s time for them to breed.

I hope this article shed some light on the risks, do’s, and don’ts of housing two Ball Pythons together. If you have any more questions, ask them in the comments!

Can male and female Ball Pythons be housed together?

A male and female Ball Python can share a tank, but it's not recommended.

How do you introduce two Ball Pythons?

The easiest way to introduce two Ball Pythons is to hold them simultaneously. After that, you can lay them down in a separate cage or on the floor. They'll most likely ignore one another and just slither around on their own.

Yes, two male Ball Pythons will typically fight each other. When it's breeding time, they're need to be dominant is even stronger!

Baby Ball Pythons can live together, but it's not recommended.