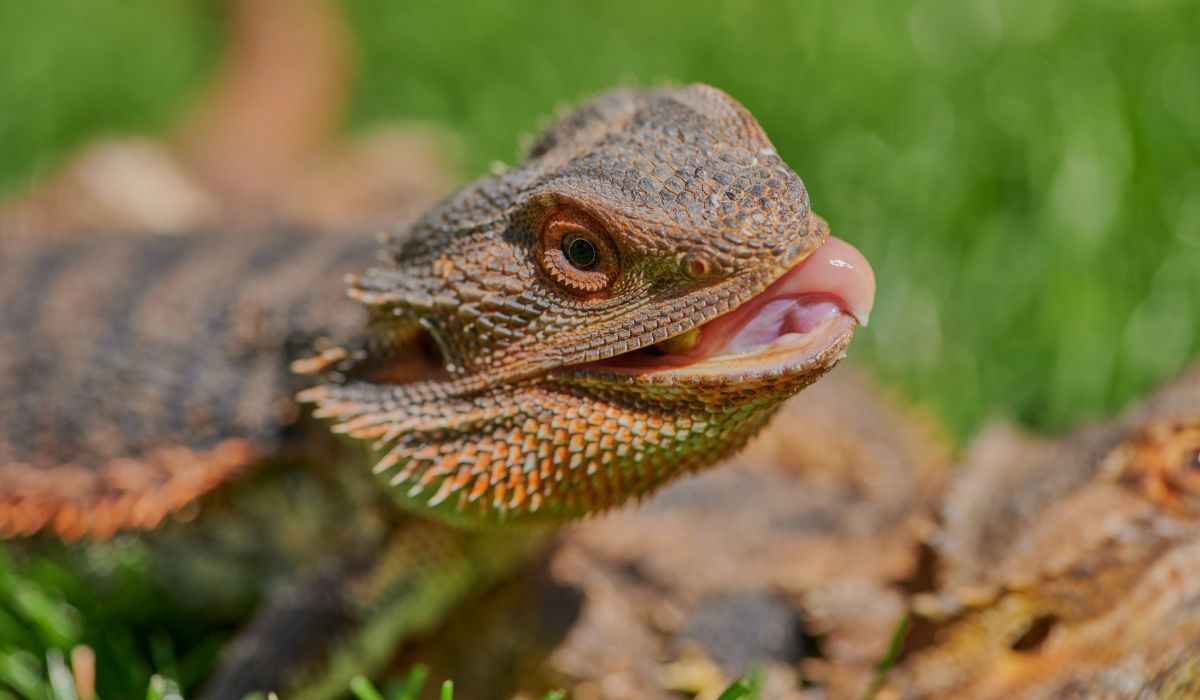 They aren’t picky eaters, but do Bearded Dragons eat scorpions? Wild Beardies eat a mix of live protein sources and vegetables, but serving them scorpions in captivity is debatable.

Some Bearded Dragon owners will argue that serving dead scorpions to your pet is okay, while others say it’s still best to steer away from this food source. Whether you choose to feed your Beardie scorpions or not, you need to know if they actually eat these stinging creatures!

In this article, I answer this burning question and explain what your Bearded Dragon may encounter when you serve scorpions to them.

In the wild, Bearded Dragons occasionally eat scorpions. They have strong jaws that can effortlessly break through hard-shelled meals.

Can I Feed My Pet Bearded Dragon Scorpions?

Although Bearded Dragons sometimes eat scorpions in their natural environment, you should never serve your pet Beardie one.

Reasons To Not Feed Your Bearded Dragon Scorpions

There are a few reasons why it’s unsafe to feed your Bearded Dragon scorpions.

Scorpions have a hard exoskeleton that’s made from chitin. While Bearded Dragons can easily break through this, it’s still pretty hard for them to digest.

The exoskeleton of a scorpion will be left undigested in your pet’s stomach and cause issues. They might experience discomfort or even develop health problems.

Interestingly enough, Beardies might be immune to some scorpion venom. This natural phenomenon still isn’t understood, but when a scorpion stings a Bearded Dragon, they’re usually fine.

When a Beardie eats a scorpion – not so much! Once the venom of a scorpion mixes with the stomach fluids of a Bearded Dragon, it can potentially harm them.

Bearded Dragons prefer their food live, but placing a moving scorpion in their enclosure isn’t a great idea.

A scorpion will instinctively fight your Beardie to death as a defensive mechanism. Of course, neither one of these animals will want to be the prey!

If your Bearded Dragon gets into a fight with their food, they could get really hurt or possibly die.

In the wild, Beardies usually seek scorpions out that are still small and non-venomous, but they typically only do this when no other food sources are available! 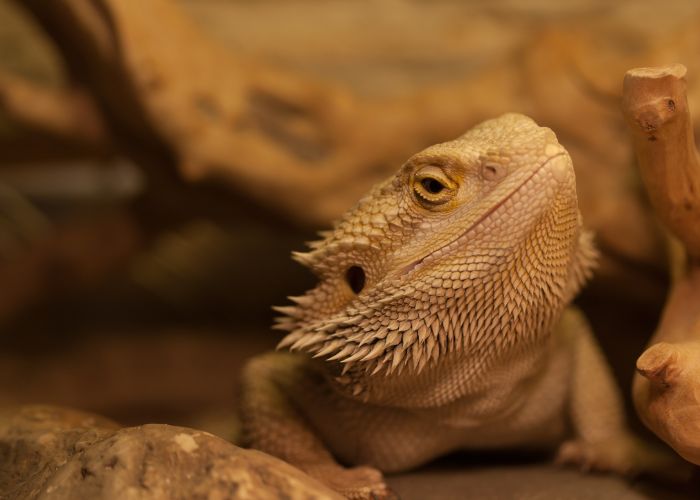 The Best Foods For Bearded Dragons

If you plan on getting a pet Beardie, you need to ensure that you stock food that will keep them healthy in captivity. Your Bearded Dragon should get a mix of live protein, veggies, and fruit treats. These are the best options in each category:

Before serving them to your pet, ensure that they are fed nutritional meals, so they’re loaded with goodness when your Bearded Dragon munches on them.

Note: Remember that these reptiles prefer meals that still move around!

There’s a long list of veggies that are safe for Beardies to eat. These include:

You should only give your Bearded Dragon fruit as an occasional treat. There are many to choose from, including apples, apricots, bananas, dates, figs, grapes, guava, kiwis, mangos, melons, peaches, star-fruits, raspberries, and tomatoes.

Beardies like fruits, so are careful to not overfeed yours.

Like scorpions, spiders form part of a wild Bearded Dragon’s diet. You should, however, avoid feeding it to your captive pet.

In fact, all arthropods should be avoided. This includes beetles and centipedes too. Here are some reasons why you should avoid these foods:

Toxicity: Some spiders are toxic to Bearded Dragons, and without the proper knowledge, you might harm yours. One bite from a poisonous spider can paralyze your Beardie and even kill them.

Health Risk: Spiders carry bacteria and parasites. It’s too much of a risk to your pet’s health to feed them these arthropods.

Nutritional Value: The nutritional value of spiders is low compared to other safer Bearded Dragon foods. Your Beardie won’t even miss spiders if you never serve it to them!

Can You House Bearded Dragons and Scorpions Together?

You should never house scorpions and Beardies together, even if:

Scorpions and Bearded Dragons are not meant to share a tank. They could fight each other, kill each other, or see each other as meals.

Bearded Dragons make great pets, but if you want to keep one in captivity, you need to place them on a diet that will help them thrive. While wild Beardies occasionally like fighting, killing, and eating scorpions, your pet won’t be too successful.

Serving dead scorpions to your Bearded Dragon also has risks, so I suggest you don’t. There are many other protein sources that Beardies like and even prefer above scorpions, and these are widely available and safe for them to eat. Since your pet will also need some fruits and vegetables, you don’t need to worry that they’ll get bored from eating basic foods.

I hope this article gave you the information you needed to make a decision. Bearded Dragons do eat scorpions in the wild, but they don’t need it to be healthy. Ultimately, the choice to feed your Bearded Dragon scorpions is yours to make while keeping the risks mentioned in this article in mind.

If you have any more questions about which protein sources are best for your Beardie, ask them in the comments!

Some Bearded Dragons will eat baby lizards if you serve one to them.

What should Bearded Dragons never eat?

You should never feed your Bearded Dragon citrus fruits, onion, garlic, or mushrooms.

In the wild, Bearded Dragons eat bugs and even small baby lizards.

What are Bearded Dragons' favorite food?