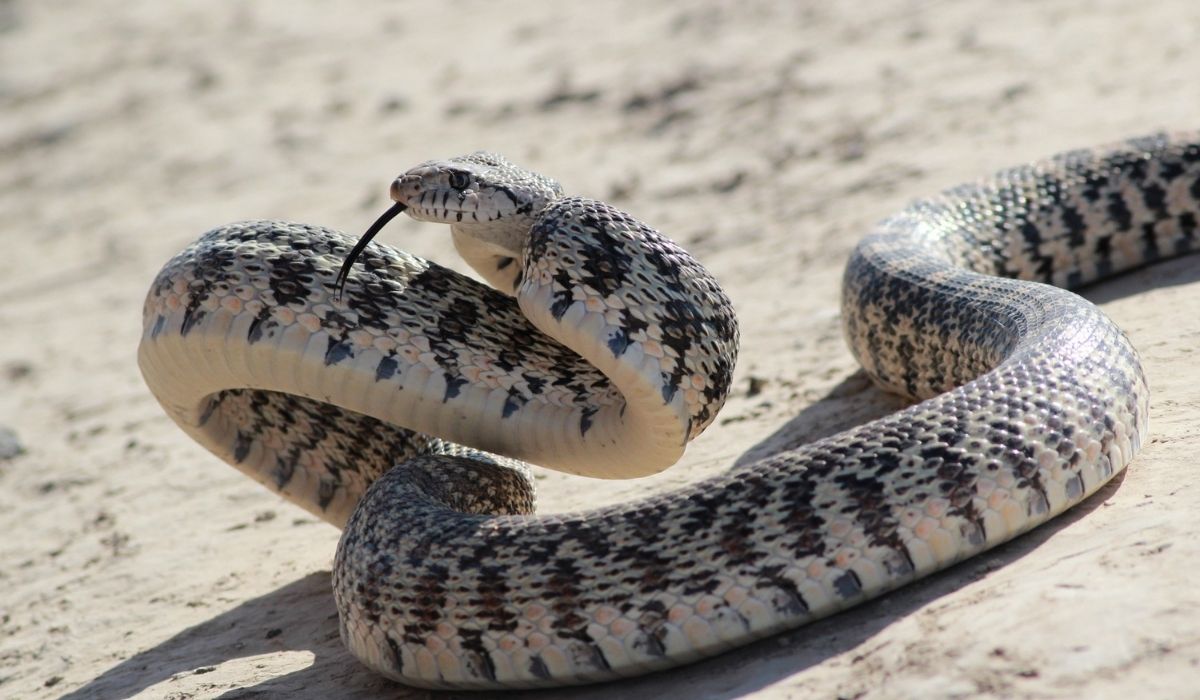 It’s not advisable to get one as a pet if you don’t know what a Gopher Snake’s lifespan looks like. It’s one of the first questions you should ask!

Before you buy a Gopher Snake to keep as a pet, you should know how long they’ll live. Each stage of their life also has its own challenges. Knowing their size during every phase and how long they’ll be in it will help you plan better.

In this article, I share how long Gopher Snakes live, how big they are in each growth phase, and shed some light on factors influencing their lifespan.

Gopher Snake Lifespan: What To Expect

Gopher snakes are incredibly adaptable. They live widespread across North America but can be found in other areas too.

This nonvenomous constrictor species is a ground dweller and can be kept in captivity. The oldest recorded Gopher Snake was 33 years old, but on average, they live between 12 and 15 years in captivity.

If you plan on getting a Gopher Snake, be ready for a long commitment.

Read more about Do Gopher Snakes Have Teeth?

Gopher Snakes can get pretty big, but they aren’t the largest constrictors around. They’re perfect for first-time snake owners who want a sturdy species.

When Gophers hatch, they’re about 1,5 feet long. They typically weigh 1 to 1.5 ounces at this age.

Once a Gopher Snake is 12 to 18 months old, they’re considered a juvenile. By this age, they’re approximately 3 feet long and weigh between 3 and 4 pounds.

Adult Gophers can reach a length of 5 feet and weigh around 6 pounds at their heaviest.

Whether they live in the wild or captivity, certain things can shorten the lifespan of a Gopher Snake.

Known predators of Gopher Snakes include coyotes, kit foxes, and red-tailed hawks. Other foxes and hawks, as well as King Snakes, are also threats.

When people encounter Gopher Snakes, they’re often misidentified as Rattle Snakes and killed. While we aren’t a predator, humans decrease the lifespan of Gopher Snakes.

Gopher snakes are carnivores, and they prey on live animals. During times of drought or other disasters, food might be scarce. If food scarcity persists, it could lead to malnourishment and even death. 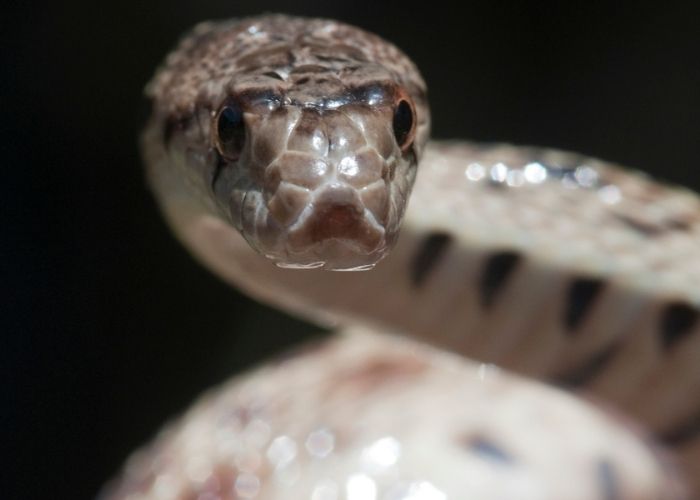 Gophers prefer being alone, and if you place them in a shared enclosure with another snake, they might not like it. Housing snakes together may seem like a good idea, but they could deprive one another of food and heat or even fight to death.

Like any other animal, Gopher Snakes are susceptible to parasites and bacteria, including ticks and intestinal worms.

Fungal Disease: Gopher Snakes can develop a fungal infection, which could be fatal if untreated. Typically, this happens when their enclosure is too humid.

Skin Infections: Snakes can get skin infections, lesions, and septicemia, leading to death. If you fail to clean their enclosure properly, these can occur.

Mouth Rot: Captive snakes can develop mouth rot. This painful disease usually starts as small pinpoint hemorrhages in a snake’s mouth. It can quickly progress to form a cottage cheese-like consistency. Mouth Rot typically indicates a primary issue like an injured mouth or poor nutrition. Snakes that have mouth rot may have swollen glands and refuse to eat, which will lead to further deterioration.

Inclusion Body Disease: IBD is a severe viral disease that primarily affects boas and constrictors. Although the disease varies a lot between individual snakes, the most common signs include a snake not being able to right itself when placed on its back, paralysis and stargazing. While this disease may affect both the respiratory and digestive tract, it’s mostly a nervous system disease. IBD can be transmitted from snake to snake and is typically fatal.

Respiratory Illnesses: Gopher Snakes can develop respiratory issues due to several infections, including fungi, viruses, and parasites. With only one lung, it’s considered an emergency when snakes develop respiratory problems. Respiratory illness can also occur in conjunction with mouth rot. Symptoms include lethargy, appetite loss, nasal discharge, and trouble breathing.

Septicemia: When bacteria rapidly reproduce, and their toxins are released into your snakes’ blood, they can develop septicemia. This often causes lethargy, appetite loss, and mouth breathing. Snakes with septicemia are critically ill and are often near death.

Depending on how far these diseases have spread, your exotic vet will have a way to treat them. Some only require an antibiotic dose, while others will need a hospital stay. However, if you leave these illnesses untreated for too long, your Gopher Snake can die.

When Gophers develop these in the wild, death is typically the result making diseases one of the most common culprits of decreasing a snake’s lifespan.

Gopher Snakes are great constrictors for first-time snake owners. If you want a bigger, more sturdy snake, a Gopher should definitely be on your choice list.

They’re easy to care for, reach a manageable size, and though you’ll spend a long time with them, you won’t have to pass them on to your children!

I hope this article answered your burning question and that you now know what to expect when buying a Gopher Snake. If you have any more questions about this species, ask them in the comments.

How old is my Gopher Snake?

The best way to tell your Gopher Snake's age is by talking to the breeder who hatched them. If this isn't possible, you can guess their age by looking at their size.

How long does a Gopher Snake grow?

The average lenght of a Gopher Snake is 4 or 5 feet.

The Gopher Snake population is stable.

How do you care for a Gopher Snake?

Gopher Snakes are easy to care for. They require a clean environment, fresh water, and a suitable diet.