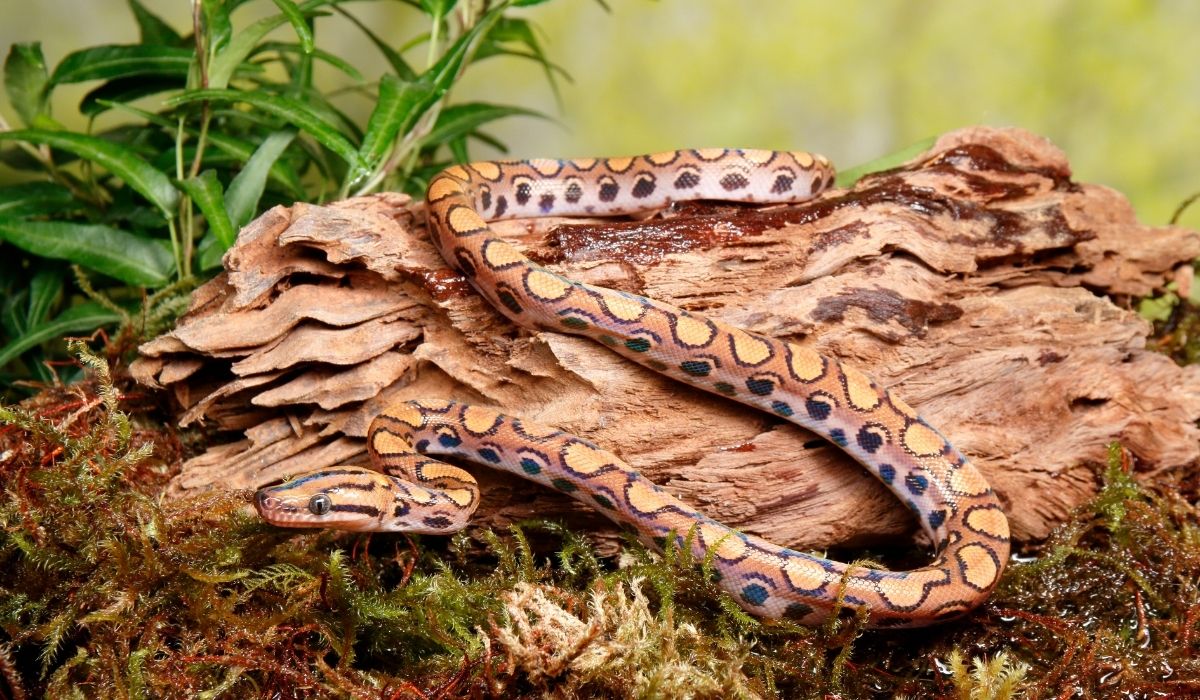 You should know how big a Brazilian Rainbow Boa can grow before getting one as a pet. Constrictors are an exciting species, but it’s best not to get one if you’re not prepared for their size.

I love Boas – they’re big, non-venomous, and mostly have a docile temperament. Brazilian Rainbow Boas are no different, and they thrive in captivity as pets.

In this article, I share more about why reptile owners prefer Boas as pet snakes and how big a Brazilian Rainbow Boa can get.

How Big Can A Brazilian Rainbow Boa Grow?

Brazilian Rainbow Boas give birth to live young instead of laying eggs. The species is described as medium-sized with an average-sized neck but distinctly wider head.

When a Brazilian Rainbow Boa is born, they’re typically 15 to 20 inches long and weigh approximately 15 to 30 grams.

From day one, they start to grow rapidly and put on weight.

Rainbow Boas are between 36 and 40 inches long when they reach 12 months of age. They’ll eat just about anything to fuel their rapid growth over the next few years.

An adult Rainbow Boa is about 6 feet long and weighs around 5 pounds. Their full-grown length and weight are highly dependent on their eating habits and activity level.

Some snakes reach sexual maturity at a certain age, but Brazilian Rainbow Boas reach it when they’re a specific length and weight.

Most Rainbow Boas will be 4 or 5 years old before reaching sexual maturity. Female Boas are typically 4.5 feet long, and males, 3.5 feet by this age.

To carry a litter successfully, female Boas should weigh approximately 1 500 grams. Snakes put a lot of energy into reproducing, so if they’re too thin before they breed, it could be fatal. 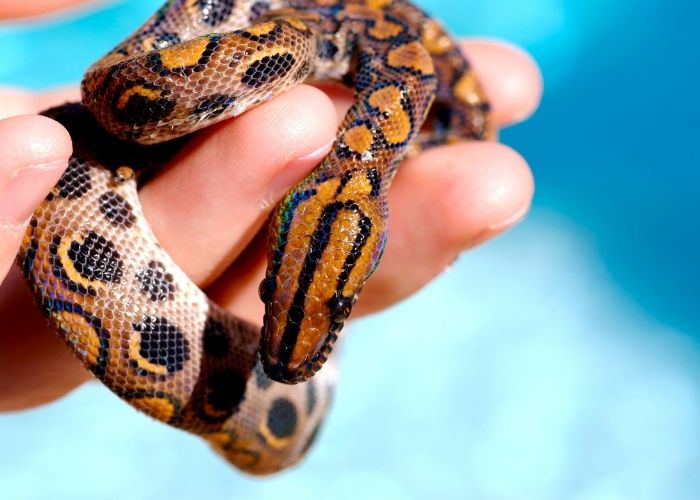 Factors That Determine The Growth Of A Brazilian Rainbow Boa

The size a Brazilian Rainbow Boa reaches is highly dependent on its eating habits and activity level.

Rainbow Boas will eat as often as you give them food, so be careful not to overfeed your snake.

You need to know what a healthy snake looks like to ensure that your Rainbow Boa maintains a stable weight throughout your adult life.

You shouldn’t feed your snake rodents bigger than the broadest part of their body. Adult Boas can feed every 10 days to maintain a healthy weight.

Signs of a Healthy Snake

If you keep your snake on a consistent eating schedule, they’ll grow as they should. Be careful not to overfeed your snake because obesity can lead to many other health complications.

Brazilian Rainbow Boas are alert, active snakes. They move around during the day but are less active at night.

Your snake should have enough space in its enclosure to slither around freely, climb, and rest.

Snakes need to move around to help their muscles grow strong and lean.

The way your Boas’ enclosure is set up has a significant impact on their growth.

Boas need a specific temperature, humidity level, and environment to thrive. If one of these is off, your Boa won’t grow as it should.

Rainbow Boas aren’t known for having aggressive behavior toward their owners, but you’ll have to frequently handle yours to keep it this way.

The main issue with big snakes is that people underestimate their size. Before you buy a Brazilian Rainbow Boa, you should be sure that you’re ready to keep a snake that grows as large.

You’ll be able to handle your Boa on your own while they’re still young, but you might need some help as they mature. If you’re planning to get a Brazilian Rainbow Boa, make sure you have someone around who’s willing to lend you a hand when the time comes.

Brazilian Rainbow Boas aren’t the largest constrictors, but they still get big. You’ll need to set up a special enclosure for them and be ready to handle them frequently. Before you buy a Rainbow Boa, ensure that you have everything in place and that you’ll still be happy with your choice when your snake reaches their full-grown size.

I hope you found the answers you were looking for in this article! Brazilian Rainbow Boas make great pet snakes, but you need to be ready to handle one their size.

If you have any more questions about this species, ask them in the comments for other community members and me to answer!

How long does it take a Brazilian Rainbow Boa to reach full size?

Brazilian Rainbow Boas reach their full-grown size around 4 or 5 years. Typically, this is also when they are sexually mature.

What is the biggest Rainbow Boa?

How big of a tank do I need for a Rainbow Boa?

The enclosure you choose for your Rainbow Boa should approximately be 6 x 2 x 2 feet.