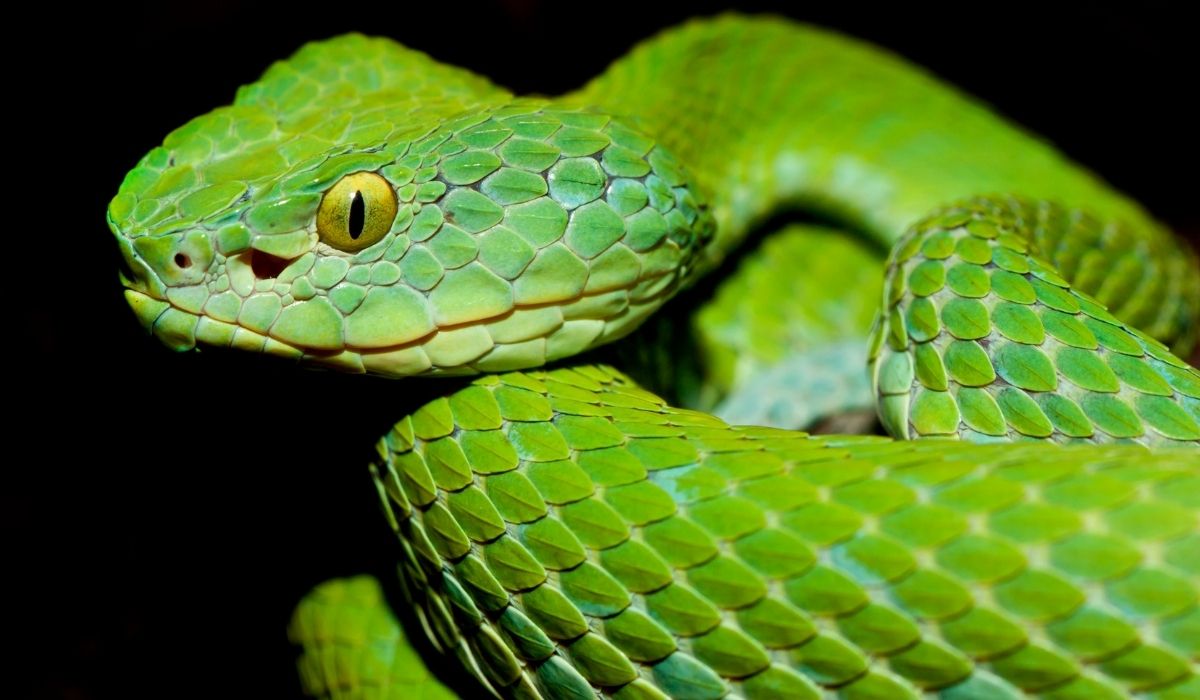 If you’re curious about how far snakes can see, you’ve come to the right place for all the ins and outs of snake sight!

Like humans, snakes can see with their eyes, but it works a little differently. Their eyesight isn’t great either, so they use other methods to “see” as well. There are also some interesting facts about a snake’s sight that you may not know!

In this article, I share it all. I explain how snakes see during the day and night, how good their vision is, and some interesting facts about their eyes that you would have never guessed!

Snake Sight – How It Works

Growing up, most of us were taught that snakes see through their tongues. This belief is somewhat true since snakes use their tongues to detect their prey’s trail. By flicking their tongues in and out, snakes collect chemical molecules in the air, which helps them pick up the scent of their surroundings.

Besides doing this, snakes actually do see with their eyes. Like other animals, snakes have specialized cells in their retina that help them detect light. Pigments inside these cells are sensitive to different wavelengths of light which help snakes see color.

How Snakes See During Daytime

During the day, snakes can see in two primary colors: blue and green. While most snakes don’t see well during the day, some have adapted to daytime hunting and prefer using this time.

For snakes to see in sunlight, UV light is absorbed by the pigments in their eyes. Snakes that are sensitive to UV light have special eye lenses that let the light through. The lenses over their eyes work similar to sunglasses – it filters out some of the Uv light waves to enhance specific colors and help a snake see a sharper image instead of nothing at all.

When snakes see during the day, they can only see shapes and not details.

How Snakes See During The Night

Snakes usually hunt at night, and their eyesight works differently during this time. In fact, snakes don’t really use their eyes at night, but holes on their faces are called pit organs.

These holes have nerve cells that detect infrared radiation from protein channels activated by their prey’s bodies as heat. When the infrared radiation heats the tissue in a snake’s pit membrane enough, an electrical signal is triggered, which helps them “see” their prey. A temperature of 80°F – 85°F is usually enough to activate this signal. 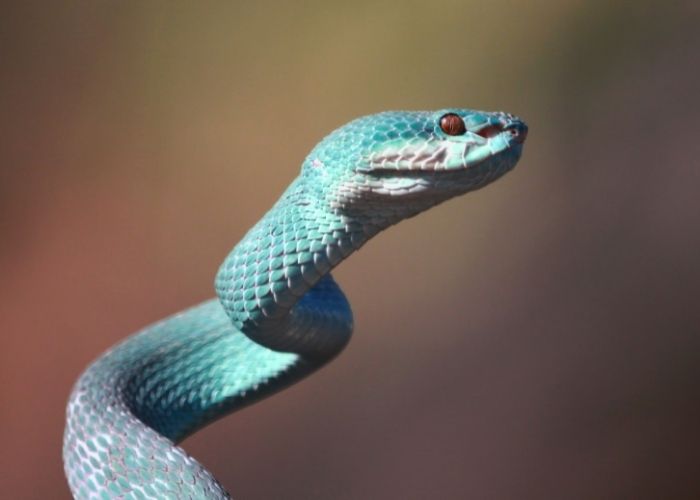 How Far Can A Snake See

Now that you know how snakes see let me answer this article’s million-dollar question: How far can a snake see?

Despite being able to see, snakes have really poor eyesight. That’s why they rely on other methods like chemical collection, heat signals, and ground vibrations to boost their view.

One snake species, the Coachwhip Snake, has even found a way to improve their eyesight whenever they feel threatened. A new study that I recently read found that this snake can control the blood flow to and from their eyes whenever they fear a threat approaching. Their blood vessels can constrict and expand consistently to avoid a pool-up of blood cells in front of their eyes. This blood flow control ensures that their sight is unobstructed.

Some snakes, like Boas, Pythons, and Vipers, use heat detection at night, which helps them ‘see’ an image of their prey or predator up to three feet away! This is why they prefer to hunt at night and why they’re so good at it.

Other snakes who rely on chemical molecules in the air and ground vibrations can only detect people, prey, or predators approximately one foot away. Luckily for them, their limited eyesight is made up for by their fast movement, which helps them capture or escape in the blink of an eye!

What Senses Do Snakes Have?

Besides sight, snakes have the same senses as humans, plus one more! They can see, hear, smell, taste, touch, and detect. Snakes use their senses to find mates, capture prey, and escape danger.

The most important senses of a snake are smell and the ability to detect prey through air molecules and heat signals.

Surprising Facts About A Snake’s Eyesight

Snakes are known for having poor eyesight, but that doesn’t stop them from being feared, hunters! They use all of their other senses together to detect prey and capture it, making them the envy of those who look at them from a spectator’s seat.

If this article was helpful, let me know in the comments! You can also ask any other questions you have or elaborate on this topic with more facts or interesting pieces you’ve read. I’d love to hear what you know about snake eyesight and keep the conversation updated with new info!

Snakes can't see very far, and some not at all.

Do snakes have good eyesight?

No, snakes don't have good eyesight and use other methods to create a picture of their surroundings.

What vision do snakes see?

Snakes don't see well but can create a vision of their surroundings with their eyes as humans do. Besides this method, they use wavelengths to create an image.

What colors can snakes see?

Read more about How Fast Can Snakes Slither? The Statistics On Speed!