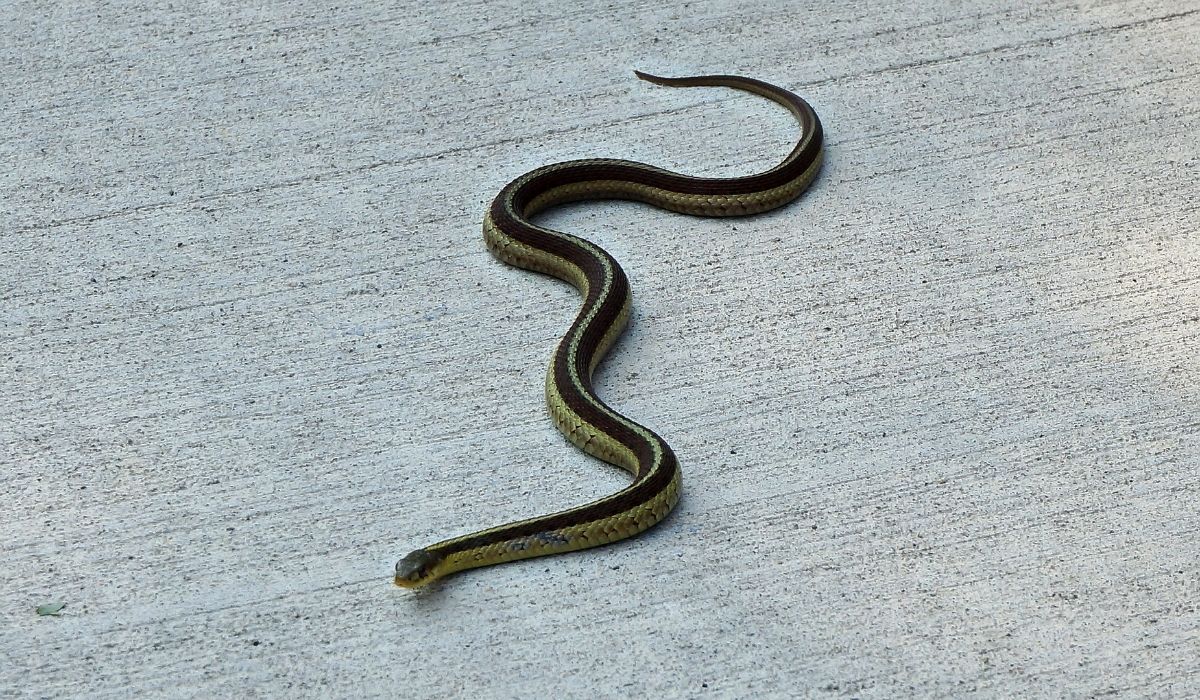 It’s true that you can outrun them, but how fast can snakes slither? Let’s look at their speed on land and in water, and what you can do to stay safe!

Encountering a snake can be a scary experience, and if you don’t act right, you can be in real trouble. Knowing what to expect and what to do can save your or someone else’s life! Though the speed at which they slither differs from species to species, being prepared when a snake decides to chase you can help you navigate the situation calmly.

I’ve never been chased by a snake, but my adventurous friend Fransisca often encounters them on her nature hikes, and I share some of her tips in this article too.

How Do Snakes Move?

Before I get carried away with statistics and safety tips, let’s look at how snakes move.

Snakes use their scales and muscles to glide through the water and on land. There are five different movements they use to slither, and these methods influence their speed.

You’ll rarely encounter a snake using this movement to attempt to catch you. The concertina method is used when snakes burrow or climb by bunching their bodies into loops and then stretching out.

If a snake uses this method to chase you, it’ll be slow, and you can easily escape.

When snakes use their bodies to slowly curve back and forth, it’s referred to as a lather undulation movement. It’s the most common type of snake movement and allows a snake to move relatively fast.

Only a few snakes sidewind, the most common being the Horn Viper, who can sidewind up to 18 miles per hour! Snakes who sidewind create a diagonal curve with their bodies instead of moving forward.

This is also the fastest method of slithering between them all! 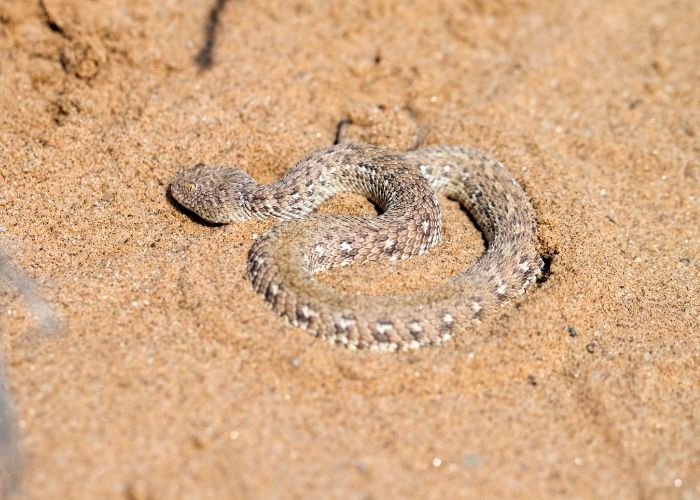 Snakes typically slide-push when they’re startled. With this method, they use force to hold their head and tail in place and lift the middle of their bodies to slide sideways.

Snakes move in a straight line using the rectilinear method. They use their body scales all at once to push forward in a straight line. The most commonly known snakes that use this method are Anacondas, Boa Constrictors, Pythons, and Vipers.

The rectilinear method of slithering is the second fastest on the list.

How Fast Can Snakes Slither On Land?

A snake’s speed depends on which species they are, how old they are, and which method of movement they use to slither.

The fastest recorded snake in the world is the Sidewinder (Horn Viper) which slithers at a whopping 18 miles per hour! On its tail is the Black Mamba with a speed of 12 miles per hour, and last on this list is the Southern Black Racer coming in at a speed of 10 miles per hour.

Luckily, these aren’t the average speeds of snakes, so there’s no need to panic! Common snakes that you may encounter can only slither at a pace of 1 to 3 miles per hour, so you can easily outrun them.

Read more about How Far Can A Snake See? The Million Dollar Answer!

How Fast Can Snakes Slither In Water?

All snakes can swim, and some move even faster in water than on land. The average speed of snakes in water hasn’t been recorded yet, but the Yellow-bellied Sea Snake is the fastest in water, with an average speed of 2.5 miles per hour.

How to Stay Safe During A Snake Encounter

If you’re lucky, a snake will simply slither away when they see you. If not, this is what you should do to stay safe:

Read more about How Far Can A Snake See? The Million Dollar Answer!

The sight of a snake can be scary, but most of them aren’t that fast. Unless you’re in an area where Sidewinders, Black Mambas, and Southern Black Racers are common, you have nothing to worry about. If you follow the tips above, you’ll be able to escape a not-so-friendly snake encounter with ease.

You can ask any more questions about how fast snakes can move in the comment section or if you’re wondering something about the tips given in the article. I’ll answer your general question the best I can and reel in the help of my friend for more information and tricks on outrunning a snake.

How fast does the average snake slither?

The average snake slithers at a speed of 1 to 3 miles per hour.

How fast does a snake run?

Snakes don't run but slither. The fastest snake is the Sidewinder which can slither at a speed of 18 miles per hour!

Can you outrun a snake?

The average human runs at a speed of 8 miles per hour, but when adrenaline kicks in, this goes way up, so you'll easily be able to outrun a common snake.

What should you do if a snake chases you?

First, freeze. If a snake slowly approaches you, you should stand still to see what they do. Snakes see any sudden movement as a threat.

When the snake doesn't stop and moves closer to you, run. While running, you should clap your hands and make loud noises - maybe even call for help.

After you've escaped the snake, it's a good idea to call a snake removal service