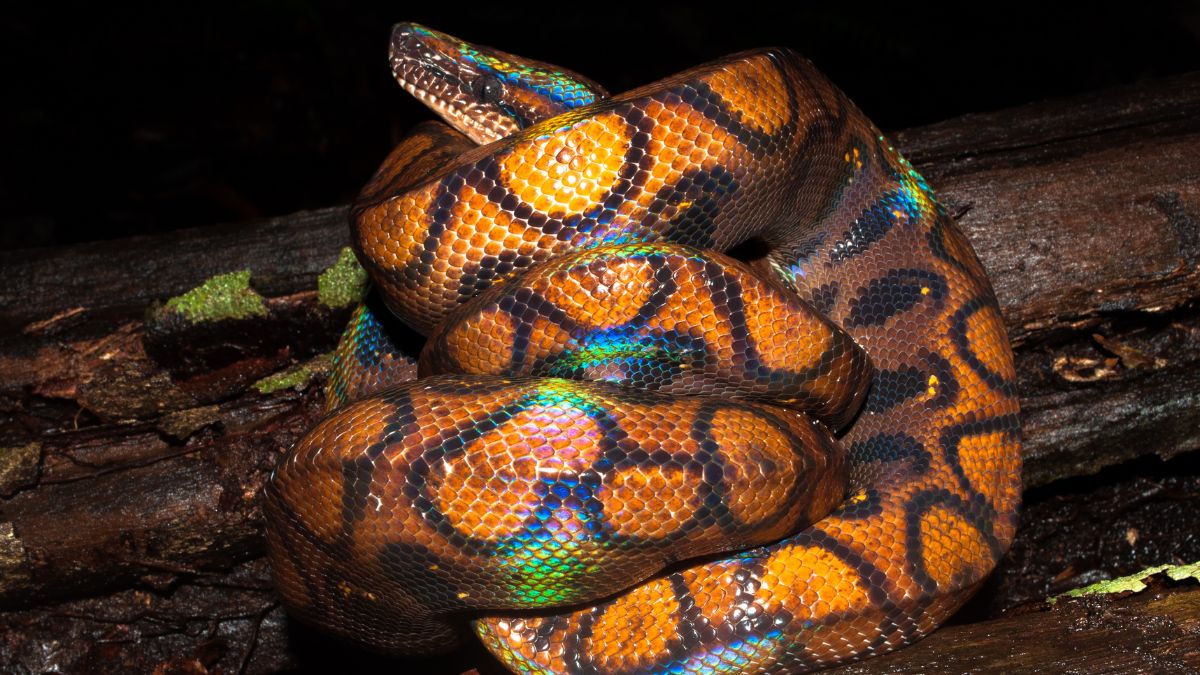 One of the most beautiful snakes in the entire animal kingdom is the Brazilian rainbow boa, Epicrates cenchria cenchria. Their glittering skin gives forth a rainbow-like appearance when illuminated. These native snakes of Central and South America live in humid woods in the wild, where they hunt smaller prey that also lives there.

It is important to answer the question “What Do Rainbow Boas Eat?” so that anyone interested in keeping these boas will know what to feed.

The Urban Python claims that boa constrictors may reach adult lengths of 8 to 9 feet and weigh up to 60 pounds. Boa constrictors are a fantastic choice for both novice and expert snake keepers since, despite their size, they are peaceful and nocturnal. One of the most frequent issues that new owners run with his feeding issues.

What Do Rainbow Boas Eat?

Rainbow Boas consume a range of tiny creatures in the wild. According to the National Zoo website, they like eating bats but will also eat giant lizards, birds, rodents, and squirrels. Rainbow Boas usually are fed rodents in captivity, but the National Zoo also provides chicks to augment the diets of its boas.

Boas in the wild tighten themselves around their prey to kill it, but feeding live animals to snakes in captivity is debatable. A prey animal can fight back and hurt your boa if it doesn’t get rid of it immediately away. Some snake keepers believe that a swift, painless end is more compassionate.

The Herp Center Network advises that you should only feed frozen rats that have reached room temperature. These animals are easily accessible at reptile supply stores and through mail orders. 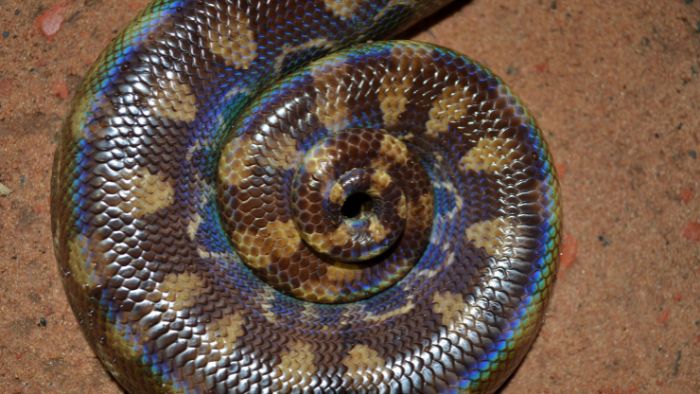 Boas won’t eat if they aren’t hungry — particularly those that are shedding or are ill. The Urban Python suggests feeding juvenile rainbow boas once each week and adults once every 10 to 14 days. Missing a meal now and then is OK, but according to the Red-Tail Boa FAQ, if it has been three weeks since its last meal, a boa should see a doctor.

Things to Take Note of When Feeding Your Rainbow Boa

Things To Avoid When Feeding Your Rainbow Boa

Never provide live food to your pet boa. Your boa will become more violent if you encourage it to hunt, and the prey will not die compassionately. Additionally, the prey can flee or hurt your boa. Also, avoid attempting to capture tiny mammals with your boa.

Wild animals may carry germs or parasites that might sicken your pet boa. Boas must devour their entire prey, including the skin, bones, and feathers, even when kept in captivity. Therefore, never give your pet boa-cooked or raw meat intended for human consumption.

Handling The Rainbow Boa After Feeding

Never approach a snake that has just consumed food. Rainbow boas require at least 48 hours to completely digest a meal, according to The Urban Python. Give the snake a place to curl up in the cage that is dark and hidden from view, then let it alone. If required, you can conduct the bare minimum of cage maintenance; significant duties should be saved until another time.

What Stops A Rainbow Boa From Eating?

As much as you have gotten the answer to “what do rainbow boas eat”, It is important to know why rainbow boas won’t eat. Snakes, especially rainbow boas, kill and consume their victim, which is primarily rodents, whole without chewing. The gastrointestinal tracts of the creatures break down the meals, which are made up of bones, skin, flesh, and hair, using digestive enzymes and gastric juices. The temperature significantly impacts how quickly a snake digests its food. Digestion speeds up when the temperature rises.

The snake will probably vomit its food if the prey is too large or handled too soon after it has eaten. This is partly due to a snake’s instincts; if it senses danger and wants to flee quickly, an undigested meal would only slow it down, so it regurgitates it to protect itself.

In contrast to regurgitation, vomiting occurs after a meal is already being digested in the stomach and is typically an indication of a more severe health issue.

Read How Big Can A Brazilian Rainbow Boa Grow? to find out about the growth specifics of the rainbow boa. 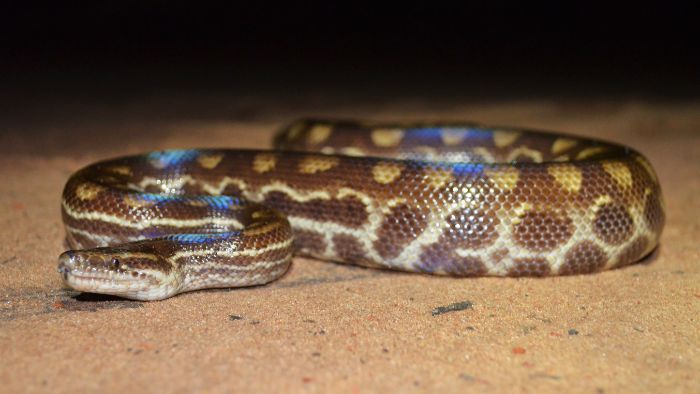 How To Prevent Rainbow Boas From Not Eating?

You want to feed your rainbow boa and you have gotten an answer to the question “What Do Rainbow Boas Eat?”. But they just don’t eat, making you wonder what the problem could be.

Provide your snake with suitable-sized prey. Snakes can tackle rodents 1 1/2 times larger than their body diameters. When presented with overly colossal prey, a snake may either strive to avoid eating it or take only a portion of it before regurgitating it.

The snake’s ability to digest food requires oxygen intake; if it isn’t getting enough during the consuming phase, it may spew its meal rather than risk oxygen deprivation.

Conclusion On What Do Rainbow Boas Eat

Like similar boas, the rainbow boa is non-venomous and constricts its prey in order to have a meal. What Do Rainbow Boas Eat? Their meals consist of rodents, birds, and lizards.

If essential safety procedures are followed, and sufficient planning is done, feeding rainbow boas may be a stress-free task. You shouldn’t hesitate to visit a vet if your pet boa has not been eating and the situation is worsening.

How often do rainbow boas eat?

Boas will only eat if hungry, especially those that are shedding. Once every 10 - 14 days is a suitable feeding frequency for an adult boa.

What do you feed a baby rainbow boa?

Feeding your baby rainbow boa small mice once or twice a week is considered a good practice.

If a rainbow boa lives close to a body of water, it is possible for it to consume fish.

How long can rainbow boas go without food?

It is advisable to feed an adult rainbow boa every 10 -14 days. However, if the boa is shedding, it might go without food. Rainbow boas can go without food for more than two weeks.